You are here: Home / Archives for Will there be an iPhone 13?

Will there be an iPhone 13? 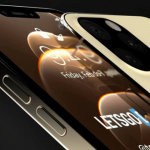 iPhone 13 Launch Date Features And More. Again the Apple company is to be expected to launch its next flagship smartphone series this year. Also, this iPhone 13 series will be released in September. However, iPhone 13 newly appeared on the Eurasian Economic Commission. According to rumors, there are four models in this Series. Not only the iPhone 13 But also has iPhone 13 … END_OF_DOCUMENT_TOKEN_TO_BE_REPLACED