You are here: Home / Uncategorized / What’s Next for Apple TV6
Spread the love 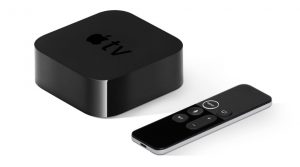 New apple Tv6 should support 4k that will have gaming focus with an updated remote control, a faster processor, and increased storage capacity.

This time Apple gives to many fetchers, which we outline in the below section.

TV app arriving on the Mac perhaps this functionality is already coming to the Mac mini – and all other Macs. Any Mac could be plug into a TV screen and the TV+ service ran from that device.

Especially in the light of news that Apple has switched the software on the HomePod from iOS to tvOS, according to a 9to5Mac report.